I would be the last person to use the platform of divinity to score political points but there is no denying the fact that Governor Godwin Obaseki has built up enormous goodwill in the short space of time that he has been at the helm of affairs in the governance of Edo State as the sitting governor.

The monologues and diatribe of the PDP (Peoples Democratic Party of Nigeria) was a constant and regular feature in days gone by. It was like the king dancing naked in the market square; he was the only one that did not realize that his antics were an aberration.  Chief Dan Orbih’s face was seen, and his voice was heard regularly in strident criticism of government policies and programmes.  The visible and laudable achievements of Comrade Oshiomhole did not deter him from the media onslaught that passed for opposition by the PDP.  They spewed out misinformation and disinformation.  Sometimes, it degenerated to personal levels.

And suddenly, a new sheriff came into town.  Godwin Nogheghase Obaseki was sworn in as Governor of Edo State in November, 2016.  Edo citizens went to sleep only to wake up the following morning to outstanding changes in their landscape or the environment.  The appellation of “wake and see Governor” gained ground.  It was no longer business as usual. Comrade Adams Oshiomhole spent eight years in office and during that tenure, he doggedly reversed the rot and decay that the PDP had inflicted on Edo citizens over a period of sixteen years.  The problems were myriad and seemingly intractable but Oshiomhole’s determination paid off in terms of the high level of successes he recorded.  This was the legacy that Godwin Obaseki inherited on assumption of office late last year.  He could not afford to lower the bar.  He was determined to live up to the mandate that Oshiomhole handed him that Edo must be taken higher to the next level. Refuse heaps disappeared from our streets, traffic mayhem evaporated from our roads, traffic lights were obeyed, market women and street hawkers disappeared from the sidewalks.  Dormant, moribund and comatose public investments began to spring back to life.  The people had value added to their lives, and they rejoiced across party lines.  I was reminded of Proverbs 29:2 which says in part, “when the righteous are in authority, the people rejoice”.

Over time, there came a general feeling in the air that something was missing, a vacuum created.  There was a loud silence.  Then it dawned on all and sundry that the hitherto strident, discordant and cacophonous opposition of the PDP was silent.  Chief Dan Orbih no longer had reason to moan about governance.  He had found contentment in the land which even he could not deny or ignore.  There were those infact, who wondered if the Chairman of the opposition party in Edo State was preparing grounds to defect to the APC as many of his erstwhile party faithful had done and are still dong in droves on a daily basis.  The voice of the people being the voice of God (vox populi, vox Dei), as they say, once again, a verse in the scriptures came readily to my mind.  Proverbs 16:7 says, “when a man’s ways please the Lord, even his enemies are at peace with him”.

Such has been the effect of the unusual approach to governance that has been adopted by Governor Godwin Obaseki that even the opposition PDP has been overwhelmed into silence.  Except for the thunderous, steady and determined beat of continuing development that is the hallmark of the APC administration of Godwin Obaseki which is an offshoot of Comrade Adams Oshiomhole, it is all quiet all over the length and breadth of Edoland, like it was on the Western Front in the theatres of war in Europe at the conclusion of WWII.  In the aftermath, the opposition PDP is barely able to catch its breath.  Such is the developmental pace of government and governance that is currently going on in Edo State.

It is all kudos to the foresight and the visionary leadership of the APC.  The vibrant and ongoing synergy between the Party, ably led by Barr. Anslem Ojezua and the State Government ably and competently led by Godwin Obaseki is paying off handsomely in terms of dividends of democracy to the good people of Edo State.

In the final analysis, everyone is a winner including even the PDP, that can claim the pyrrhic victory of saying the heat they generated in the polity energized the APC to be a party that has delivered and continues to deliver on its campaign promises.  But for Godwin Nogheghase Obaseki, his track record performances bear testimony to the confidence of the Party leadership and the Edo electorate that said he is the best man for the job.  The people led, the courts affirmed, and the Heavens rejoiced.

Azebamwan is the Edo State Publicity Secretary of the APC

Self Defense Is International Human Rights, Guaranteed By Article 51 of the UN Charter- Atiku Abubakar 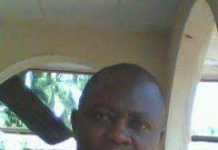 Only The Guilty Are Afraid: A Response To Lai Mohammed- by Mazi Paul Ibe.