The experience of Tuesday October 20, 2020 will remain a memory Nigerians will always hate to remember as it marks a day a democratically elected government openly killed her citizens who engaged in peaceful protests demanding for their legitimate rights – freedom from harassment by the state financed police and an end to bad governance in all its guise tagged #ENDSARS

It started with a dramatic turn when the state government declared a state-wide curfew in a bid to stop protesters from continuing their 14-days old protest leading to a second scene of a light out at the epic-center of the protest – lekki toll gate, and within minutes (even before the take off of the state declared curfew) men in Nigerian army uniforms evaded the center and opened fire on harmless protesters! The sights and sounds of wailings, crying and tears that followed were better imagined. The nation was turned into mourning! Innocent and unarmed youths were murdered, maimed and wounded by the live bullets directed at them by the men of the Nigerian army!

Local and international media and the social media spaced were flooded with footages and reports of the massacre going on at the lekki toll gate against the innocent defenceless youths of Nigeria ordered to be killed by the country’s commander in-chief who on several occasion has described the nation’s teeming youths as lazy and useless. It became worrisome when few hours later, denials came from both the APC led state and federal government. Who ordered the light at the toll gate switched off? Who ordered the removal of the CCTV cameral attached to the gantry hoardings at the toll gate? And, who ordered the military out with a shoot at sight order against protesters? Who?

Of course, for how long can one wonder when events and comments that follow the gory incidents points to the only constitutionally empowered commander-in-chief! Governor Babajide Sanwolu claimed that the situation was caused by powers beyond him! He also, along the line declared that, while Lagos was burning his attempts to speak with the president was turned down! What a country!

In their characteristics manner, General Buhari and his handlers rather denied the incident claiming no live was lost, no army was deployed into the scene, in fact, several video footages circulating around was declared by the army authority as being a “photoshoped” video! This is also in total denial of live footages of military officers hiding corpses to conceal their murderous cruelty.

The morning after, a leading Nigerian newspaper, the Punch reported that “no fewer than seven persons” were murdered at Lekki …. Many protesters were said to have sustained bullet wounds as a result of the attack that suddenly came just after the billboard on the toll gate and the streetlights around the premises were switched off.” On that day, eyewitness accounts, according to the paper, claimed not less than seven youths were killed by the bullets of the military! Many national and community newspapers reported same incidents with more revelations of the real gory massacre of innocent Nigerian youths.

For about seven years into Buhari administration, Fulani herdsmen, Boko Haram terrorists and bandits killed innocent souls and desecrate the land with reckless abandonment. Nigerian soldiers under PMB keep fumbling and wobbling, giving excuses why such enemies of the state could not be conquered so easily but find it so easy under their commander-in-chief to inflict sorrows and tears on innocent and armless protesters.

Before the dead of that night, the news of the attack spread like wildfire. Thanks to the social media and the vibrant Nigerian media. By morning of Wednesday 21st, from Lagos to Abuja, Ibadan to Jos, Kano to Enugu, irate mobs descended on government and individual properties. All hell was let loose. There was fire on media houses and other business concerns of the acclaimed leader of the ruling APC in Lagos. All roads were blocked. The nation became a battle field and government sponsored hoodlums started direct assault on protesters. All political leaders suffered one personal tragedy or the other especially in the hands of hoodlums who high jacked the protest because of government brutality and insensitivity.

In all this, Mr Buhari find it difficult to address the nation. Calls from within and outside the country were met with deaf ears of the occupant of Aso Rock. The senate at a plenary had severally passed a motion calling on Buhari to address the nation, despite, mum was the word. And while it is time for Mr. Buhari to speak, the speech turned out to be the worse in the history of any presidential speech to a nation under siege.
According to a tweet by a former senator, Mr. Sheu Sanni, widely spread on social media, Nigerian asked for speech and when Mr. Buhari eventually speak, Nigerians became speechless! This captures the whole essence and import of the speech. It said nothing and it addressed nothing.

While Nigerians were mourning, Mr Buhari decided to talk about farmer money, trader money and other ineffective programmes that rather than helping the teeming jobless Nigerian youths only succeeded in providing “food for the boys”. The speech failed to address the current massacre, looting and general unrest ongoing in the land. It more effectively portrayed the president and deaf and dumb to the plights of the citizen.

In an article published by Nigerian celebrated writer, Chimamanda Ngozi Adichie
In the The Guardian, she tutored Mr Buhari and his handlers how to address a nation in such a critical state. According to her elements of empathy and taking responsibility should be seen as prominent at such moment but the General in Mr. Buhari will rather called the bluff of everyone and just waste their precious time listening to a presidential address that passed no message.

Hear Adichie: “….I condole with the families of those who were killed and with all those who were injured. I have ordered an immediate investigation and have directed that a report be presented to me in the next five days.
As commander-in-chief of the Armed Forces, the ultimate responsibility is mine. This is not a time for vague words or generic promises. This is a time for action and I am determined to bring the perpetrators of this heinous act to justice.
Restitution is an essential element of justice. I have directed that all hospital bills of the injured be paid by the federal government. The families of those who were killed, as well as the injured, will receive compensation from the federal government.” But this was never to be as our General can not stoop so low to condole with her citizen!

Yes, there was a protest – a genuine and armless peaceful protest; there was an attack by men of the military; there was death, looting, robbery and arson all around the country as the once peaceful protest tagged #ENDSARS, was high jacked due to non proactive stance of the present administration, the nation became one burning battle field. No police dare come out to quench the raging fire despite the order by the Inspector General of Police, Mr. Adamu Muhammed. within a spate of five days, all states in the country had one gory tale or the other to tell, especially as it relates to looting of warehouses believed to house palliatives meant to be shared by the different state government to cushion the effects of the Covid-19 pandenmic.

In a characteristic manner, the Buhari led administration changed gear. From denial to excuses. It surfaced days later that the President decided not to talk about the Lekki killings because it was “high jacked” and “misdirected”. According to Femi Adesina, Buhari spokesperson, “It is unfortunate that the initial genuine and well-intended protest of youths in parts of the country against the Special Anti-Robbery Squad (SARS) was hijacked and misdirected, President ….Unfortunately, the protesters refused to call off the protest and engage the Government to address their grievances. Instead, they became emboldened and gradually turned violent.” Does that justify sending armed men after them? One wonders.

In Buhari’s years of tears, it will be on record that soldiers killed harmless youths during a peaceful protest and no official statement on who ordered the invasion and subsequent killing at such a time.
In this same period of pains and agony, the army killed members of the Indigenous People of Biafra (IPOB) and followers of the Islamic cleric El Zakzaky so as to allow passage of the military chief. These and many more are child play compared with the incessant killings by herdsmen, kidnapping and the daily activities of the dreaded boko haram insurgency. 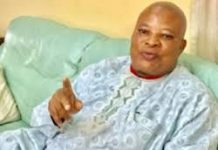 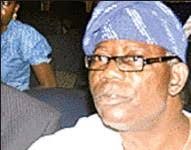 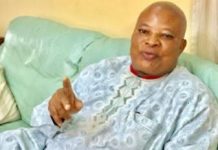